Francois Deroche and Yasmeen Khan made a visit to the University of Iowa Special Collections to look at Islamic and Arabic manuscripts in late March 2017. They were in town to give their Mellon Sawyer lectures and Khan was set to give a one-day Islamic bookbinding workshop [see blog post]. The UI has a small collection of Islamic and Arabic manuscripts, including Qur’ans and Quranic commentaries, and a beautifully illustrated 16th-century Shahnama, the Persian Book of Kings. The collection also includes a rare Arabic Christian manuscript, Forty Monastic Stories, dating to the late 1600s and produced in Egypt. We spent a few hours in Special Collections looking through materials and this was a great opportunity to learn more about the Islamic and Arabic manuscripts in the collection and choose materials that Seminar participants would be allowed to see and handle during the Seminar meeting the following day.

One of the most striking things, for me, was Deroche and Khan’s interest in the paper used in the manuscripts. We pulled out the light sheet and began looking for watermarks, which can provide important provenance and dating information. Islamic paper, as a general rule, does not have watermarks, so the presence of a watermark indicates that the manuscript contains European paper, which can provide information about the manuscript’s place of production and use. There was a great trade in European paper with the Ottoman lands across the Adriatic and to north Africa. Ironically, it was the Arabs that brought the technology of papermaking to Europe in the 10th century, but by the 17th century, it was the Europeans [especially the French and Italians] who were exporting paper to the Islamic lands of the Mediterranean. 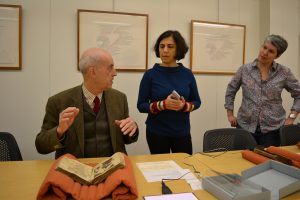 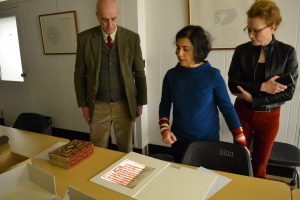 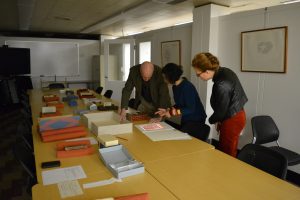 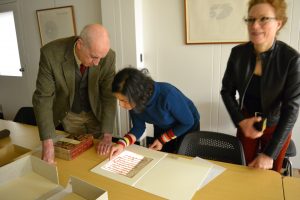 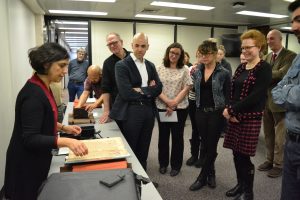 The following day, after the Seminar lectures [by Deroche, Khan, Schmidtke, Luijendijk and Nongbri] Seminar participants had the opportunity to examine some of the Islamic and Arabic manuscripts in the UI Special Collections. Deroche showed the Seminar group one of the watermarks in the Christian Arabic manuscript, in the UI Special Collections, Forty Monastic Stories – which discusses the Coptic Christian monasteries of Egypt. The manuscript contains two watermarks. The first is one of the most common European watermarks found in Arabic manuscripts – the tre lune/ three crescents – produced by Italian and French papermakers and marketed to the Ottoman market [below right]. It lacked the Christian connotations that were associated with many European watermarks, making it acceptable to Muslim book makers [and their religious authorities]. The second, a crown topped with a crescent and star [below left], dates its production to the late 1600s – making it 300 years older than previously thought – demonstrating the value of watermarks dating! 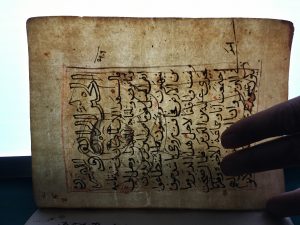 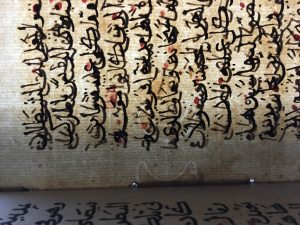 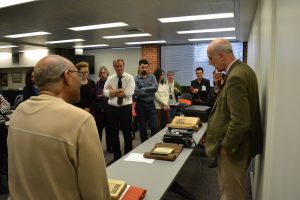 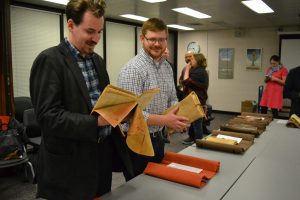 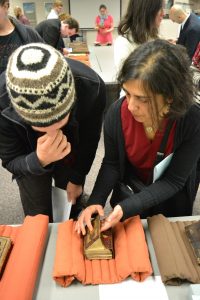 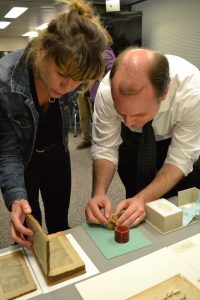 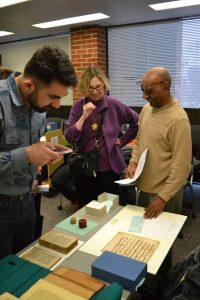 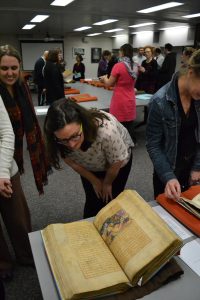 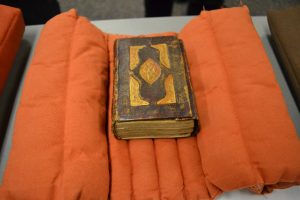 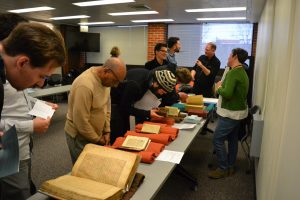 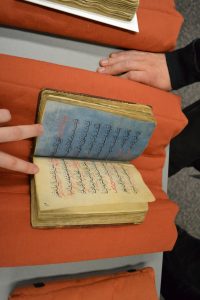 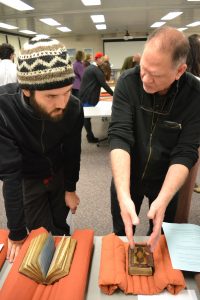 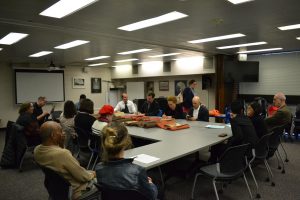